Renegade opened it’s doors in the fall of 2010 in a 2,915 square foot facility that was more of a glorified garage gym than anything else. Nonetheless, parents, athletes, and coaches around Dayton quickly began to realize it was something different than what people typically thought of as a sports training program. Word of mouth ensued and drove business at Renegade for months as people began noticing the drastic changes seen in athletes training with us. Countless athletes from those early days went on to break records, win championships, earn scholarships, and they’ll all tell you Renegade was a huge part of their success. It was why we got started in the first place and what we lived for but the small gym wasn’t enough for long. A couple years went by in that old spot and we quickly ran out of space which compelled us to move in to a new, much larger facility in 2013. Over the years we’ve added CrossFit, our own Olympic Weightlifting club, as well as our own Physical Therapy practice most recently. In 2021 we built a brand new multi-million dollar facility near Austin Landing that we now call home. We sincerely thank all past and current members for helping us make it this far, the best is yet to come! 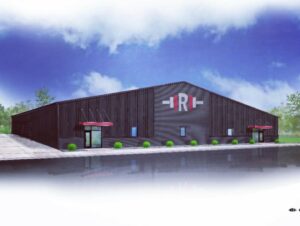 RENEGADE ISN’T FOR EVERYONE

We started out as Renegade Warehouse but have become better known over the years as Renegade. It’s not because we’ve forgotten where we came from, it’s just peoples’ tendency to shorten names so we just listened and ran with it. With that being said, even though our current spot is one of the nicest private gyms in Ohio, it’s still a warehouse, not a fancy country club gym or glitzy hospital appendage. If you’re a pretentious person with a big ego and want to workout at a flashy gym with mirrors everywhere then Renegade probably isn’t a place for you. If you are afraid of a challenge, hard work, and dedication then you definitely won’t fit in here. If you’re the rare breed who likes what you see, in a world gone soft, then get in touch today and come check us out.

Have Questions? We Have Answers

Stay Up To Date With Renegade!

© Copyright 2022 Renegade Warehouse.
All Rights Reserved | Made by Jetpack